I’ve had some writer’s block for a WHILE now (as you can tell by my serious lack of posts).  I don’t know what my problem is.  I mean, I’m not depressed or anything.  Quite the opposite. I’m loving life.  I noticed that in 2011 I posted on my blog a LOT.  And most of those posts were about conversations with Peter or stupid things that I did.  I still do stupid things, don’t get me wrong, but I just haven’t been able to make a story out of them.  And I still have conversations with Peter.  All the time, actually, since we’re roommates and all.  Maybe it’s because we’re having these conversations constantly that the ridiculousness just seems routine?  I don’t know.  Anyways, the point is that I haven’t known what to write about, so I haven’t been writing at all.  There go my dreams of becoming an author.  (I had that dream in 3rd grade when I wrote books all the time.)


Things that have recently been on my mind:


– Homeownership is awesome.  Except when it snows.  Then it really sucks because you have to figure out how your driveway is going to get cleared.  And that’s not fun.  So you should let your husband handle it.


– This little nugget of joy: 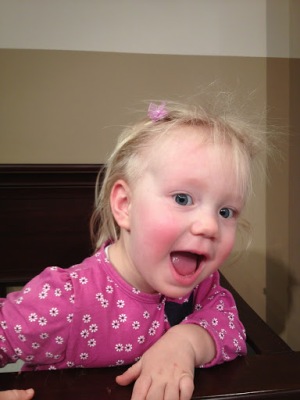 I could just eat her up.  Especially when she has massive bedhead after her nap.  We FaceTime with her often, and she is just so adorable.  She reads us stories, answers important phone calls, and carries on with her busy little life in front of the camera so we can see her.  She sings us songs, shows us her babies, and knows so many words.  It really is amazing.  My favorite is that she knows how to say cake.  She definitely has Vanderstappen genes if she knows that word already!


– Peter’s parents got me a really nice diploma frame for Christmas. 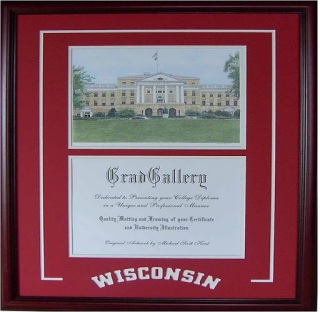 (I don’t know why it formatted itself into a square… It’s rectangular.)

Peter has the same diploma frame for St. Norbert.  I was really excited to get this.  But there is one little problem… I can’t find my diploma.  Anywhere.  The most expensive piece of paper I own, and I lost it.  I know exactly where it was sitting in our apartment.  I KNOW I put it in a box that was labeled “diploma”, among other things, when we moved.  But alas.  I dug and dug and emptied boxes and re-emptied boxes and haven’t found it.  I just sent a check to UW today for $50 and they’ll send me a replacement.  In the grand scheme of things, $50 is cheap compared to what that piece of paper is actually worth.  Sigh.

When I told my boss that I lost my diploma, he thought I “lost” my diploma.

Boss: I guess I never checked.  Do you actually have a diploma?
Me: Ummmm yes? (I’m sure my confidence was really reassuring for him.)
Boss: Mmmmhmmmm….

That was really the main reason that I need to get that diploma, stat.

– Our STUPID kitchen table.  Remember back at the end of December when I ordered a kitchen table?  I didn’t blog about it… But in the tour of our house I mentioned that the table was damaged so we were waiting for the replacement?

After SEVEN weeks of calling at least once a week and being polite, I was finally mean on the phone (when I talked to the same poor lady the next day, I apologized for my rudeness), and we FINALLY got a new table sent to us.

This is what the box looked like when it came: 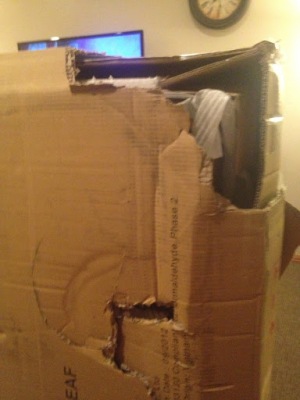 Needless to say, I did NOT have high hopes for this table.  But Peter told me to not be so negative, so upon opening the box we inspected the table and it’s miraculously undamaged.  It’s not put together yet because we have to move the damaged table to the basement first, but alas, I am finally happy.

– Something that made me happier than the new table was THIS: 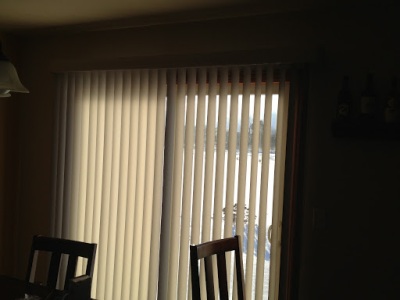 BLINDS IN THE KITCHEN.  So now at night I don’t have to look into the scary, dark abyss and can instead look at blinds.  I feel MUCH safer now.  Because if someone comes to get me, they’ll probably be like “OMG they have BLINDS so I’d better not get the people that live in this house.”  I love them.

– I was in South Africa last week, and when I was boarding my flight I saw the MOST vibrant rainbow.  The picture doesn’t do it justice at ALL, but you get the idea.  Then, when we took off, I looked back and saw the most amazing thing.  From up in the air, I could see an entire circle rainbow.  It was so beautiful.  I couldn’t take a picture though because my electronics were turned off.  It was amazing. 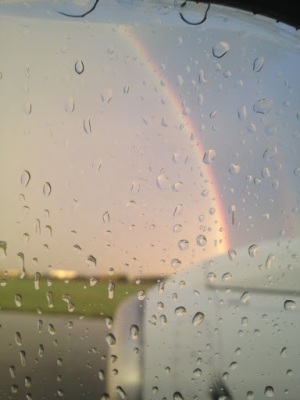 – Another thing that I’ve been thinking about is babies.  No, we’re not having any, nor will we for an unknown amount of time.  But that doesn’t mean that we can’t love on all of our friends’ babies!  And that’s like, better, because when they get fussy or spit up all over I can be like “Ok, here you go!” and give the baby back.  And I still get a full night’s sleep.  It’s a win-win because I can give them kisses and snuggle them, but then give them back when I don’t want to deal with their crying.


We get asked all the time when we’re having kids, and we’ve gotten to a point where we just say, “Oh, we’re way to selfish at this point in our lives to have children.”  Which is completely true.  We just weren’t always so blunt about it.  And another thing (that I can only use for a few more precious months) is that we weren’t even supposed to be MARRIED yet.  So there’s that.  A lot of my friends that are moms are like “DON’T LET ANYONE RUSH YOU INTO IT.”  I don’t know if you know me, but I am not big on letting people tell me what to do.  So trust me, that’s definitely something that will be a choice completely made by Peter and I.


Despite the fact that we aren’t having babies yet, I get stuff in the mail ALL THE TIME.  Yesterday, there were the only two things in our mailbox: 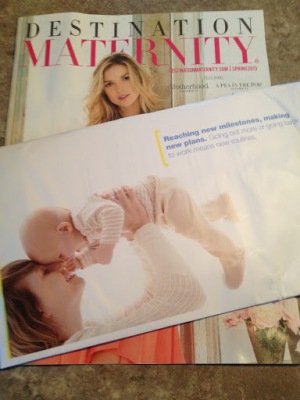 The maternity magazine I understand because I Peter bought Jenna a really pretty maternity shirt for Christmas.  (Did I tell you that she’s expecting #2 in June?  Yay!!)  Peter picked it out, but I paid with my card.  Which was obviously a mistake.

The envelope on top contains a sample of Enfamil formula.  Another day I got an entire box of formula.  I’ve been keeping it for my friends that are expecting twins in April.  But whenever anyone comes over I hide all of the formula in a cabinet because I don’t want them to think things are happening that aren’t happening.  Anyways.


Other than that, nothing’s really been going on.  I leave for another trip tomorrow and will be gone for 9 days, so if you like to cook, you should bring food over to Peter.  If you like to iron, you can do that while I’m gone too.