Everything that I know about New York I learned on Seinfeld.  For example: when Travis and I were trying to decide which airport to fly into – JFK or La Guardia – I knew that they weren’t THAT far from each other because in a Seinfeld episode, Jerry and Elaine’s airplane keeps getting re-routed back and forth between JFK and La Guardia, and George and Kramer have to drive back and forth and George gets all in a huffy because it was going to be the perfect airport pick-up, but not it won’t be because they have to drive back and forth so much. 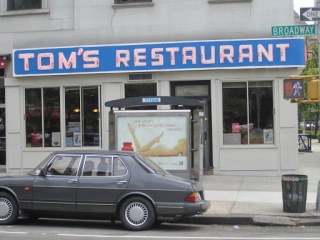 When I called my dad and told him that I saw it, he asked if Jerry and George were sitting in their usual booth.  OBVIOUSLY.


So, my friend Travis and I spent 5 days in New York a couple weeks ago.  I was prompted to take the trip after receiving an email from one of my dear friends that I met in Ecuador when I was in the jungle, Bibi.  Bibi was taking a vacation to Canada and NYC and thought HEY!  Instead of buying a ticket to Amsterdam, Sara can just buy a ticket to NYC!!


I initially invited Peter to go along with me, but “big city vacation stress [him] out… Except for Vegas”, so I invited my other boyfriend Travis to come along.  And we had a grand time!!  While I was in Ecuador, I made a lot of friends, and this makes travelling in the USA especially awesome.  Travis, Bibi and I were able to stay with our friends Peter and Carin.  They have a wonderful house built in the 1700’s with more than enough room for us to sleep.  They live in a town that is a 45 minute train ride outside of the city – which was really nice.  It was refreshing and relaxing to be able to leave the hustle and bustle of the city at night and fall asleep to the sounds of crickets instead of car horns.


Here are some pictures and maybe a story or two from the trip.  If you saw the album on Facebook – the pictures and most of the captions are PROBABLY the same.  Fair warning.

As we were walking around the city on the first day, we saw a lot of strange things.  I didn’t take pictures of a lot of them, because I didn’t want to get shot, but then Bibi talked me into taking this picture.  At first we thought this guy was a street actor, but it turned out that he was a homeless man standing with his head down so he looked like he didn’t have a head.

Since we were staying with Peter and Carin, we went grocery shopping.

And then.  I saw my heaven. 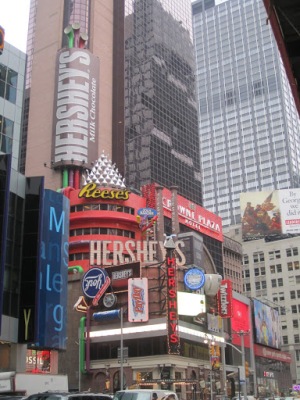 BECAUSE I LOVE CANDY.

And then one day, we decided to see the Statue of Liberty and Ellis Island.  Turned out, it was our lucky day.  Our VERY lucky day.


As we mosey our way closer to the tent where we were going to skip the line, we decided to ask a nice police officer where exactly we’re supposed to go.  He was inside the gate on the side of the white tent where we wanted to be.  I showed him our tickets.

Police Officer Paul: Oh.  You’ve got to go to the back of the line.
Sara: Whaaaaaaaaaat? 😦 😦
Paul: Yeah.  These are to skip the line to BUY the tickets.  You’ve still got to wait a few hours.
Sara: Nooooooooooooooooooooooooo. 😦 😦 😦


So we went over and found Big Rob.


And then Big Rob ushered us to the front of the 3 hour line, and opened the gate.  And that was that!  We were in!  Amazing what a nice smile and some small-talk can do.


After going through the equivalent of airport security we finally made it on to the boat.

And then we were on Liberty Island. 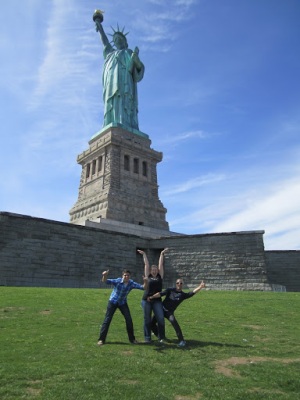 Then we went to Ellis Island.  I really liked it there.  But am not including any pictures, because they’re boring.

When we were back on the main land, we were close to the 9/11 Memorial, so we decided to take a bus there to see if we could see anything.  Travis and I were hoping to be able to get tickets to go in, but when we looked online before we left, the whole thing was booked through the end of October, so we thought it’d be pretty hopeless.

When we got there, we couldn’t see ANYTHING because the gates were so high and covered.  Once again, we talked to the right person at the right time, because she told us that if we were at a certain address at 8 on Saturday morning, we could get a ticket to go in.  So we got up early and went.

Just to let you know, to see the memorial is free, but I understand why you have to have a ticket to get in.  It would be SWAMPED all the time if they didn’t regulate it, and that would really take away from the atmosphere.

Inside it was really somber and sad.  But they did a beautiful job with the memorial.  I’m really happy that I was able to see it. 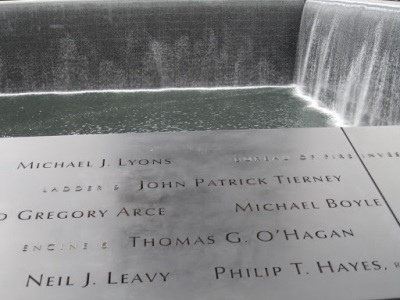 The names of those lost are all around the edges.  I was expecting them to be close together, and hard to read.  But it was perfect.  The names of people are engraved in, but then they had letters raised up that said what they were a part of – Flight 175, Ladder 5, etc.

My heart broke when I saw people doing rubbings of names.  The only thing that I could think about was whose name they were rubbing – their dad?  Their sister?  Their child?

Deanna Lynn Galante and her unborn child.  That was the most heartbreaking of all. 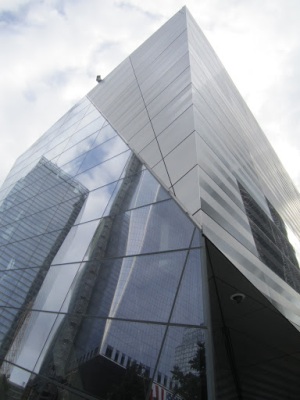 They’re building a museum that houses some of the devastation from September 11, 2001.  It isn’t completed yet, but this is the building for it.

We were only in the memorial for about a half an hour, and that was enough.

Later that night, Travis and I got all dressed up to see The Lion King.

When we were in college, we went to a formal together, and we got voted Best Dressed Couple.  And Least Likely to Get Married, but that’s beside the point.

And THEN on Sunday, our last day, we walked all over the place and saw Central Park. 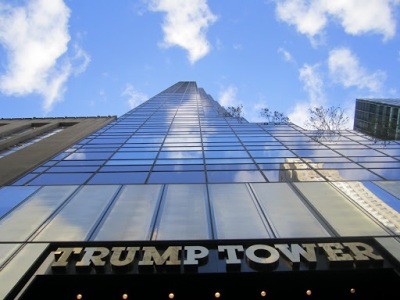 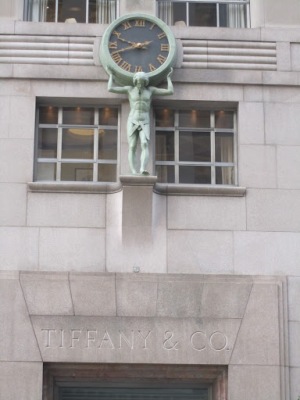 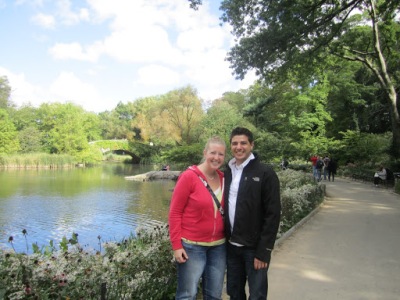 And then we went home and I was happy to sleep in my own bed.


I’ve seriously been working on this blog since last week, but Blogger is dumb and not cooperating, and it isn’t turning out the way I want it to, and it doesn’t look the way the I set it up when I push “preview” so whatever you see, like the large spaces and not lined up pictures, is NOT my fault.


I’m happy I’m done with this post, because I’ve been SO frustrated with it that I just exit out and one time I did that without saving, so THEN I was REALLY mad.


But now you know about my trip to NYC, and you can tell that I was sick of writing at the end, but that’s ok because now you don’t have to read anymore.  And if you made it this far, thanks.  I like you.