I’ve been employed with a full-time job for 6 months (hurray!!), and I’m starting to realize that I just adore any day that gives me a long weekend.  That being said, it is obvious that I love Independence Day.  But not only because I get an extra day off of work, but because I fricking love America.  And I love celebrating things.  Especially with fireworks.


After living in a foreign country for part of my life (8 months actually living and working, 2 months studying), the Fourth of July has jumped up to #3 on my list of favorite holidays following my birthday (but you all knew that my birthday was my fave holiday) and Christmas (I love Jesus).  An entire day where an entire country is celebrating how great their country is.  What a GREAT day.  (Tangent: Last year at this time, I was in the jungle being scared and shooting little sticks at a lemon.)

Reasons why I love America (in no particular order): 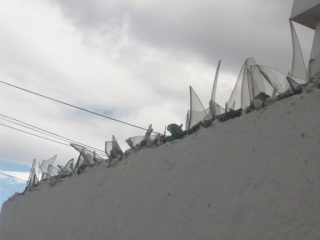 So today, instead of complaining about this amazing country, let’s just eat a hot dog or two, be with family and friends, watch fireworks, and then light sparklers and pretend to be fire-eaters.  Cheers to America!!

1 thought on “Sweet land of liberty”